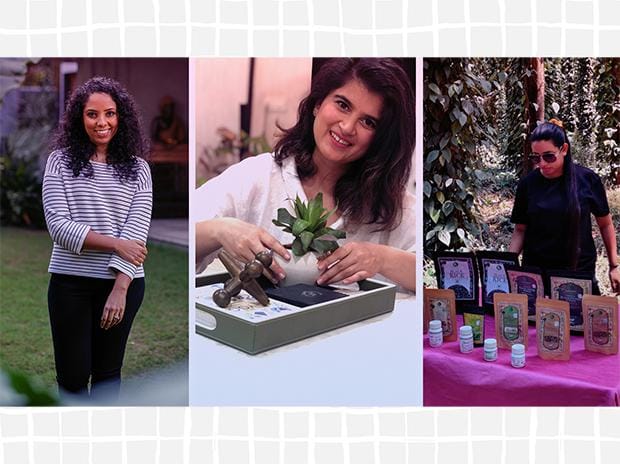 Women’s Day: Meet three entrepreneurs on a mission to empower women in the workplace

On International Women’s Day, the internet is teeming with inspirational quotes from female entrepreneurs who have made their mark in the business world. You’ll also find tons of scholarly debate about the need for more policies and initiatives to improve women’s lives.

But even as companies make high-decibel marketing pitches throughout the day and call for gender equality, there is a growing, albeit quiet, segment of resilient young Indian women forging their own paths, confronting patriarchy and going the extra mile to uplift and empower their sisters.

Trade standard spoke with three of these women entrepreneurs who are aware of the society in which they live and consider it their duty to be responsible towards it.

The first of the three is Apurva Tripathi, the founder of MD Botanicals, a company based in Bastar, Chhattisgarh, which sells organic herbal products. It is the team at this company that makes their business unique. Tripathi works with the tribes of Bastar who bring their ancient knowledge of healing arts and herbal health practices to MD Botanicals.

Tripathi, who is a lawyer, deeply feels the tribals she grew up with. “These people aren’t getting their share of royalties and credit,” she says. The natives of Bastar are familiar with traditional herbs and their cultivation methods. “I made it my mission to protect them and make them aware of their rights,” she adds.

MD Botanicals also uses Bastar tribal art on its product packaging. Tripathi says it’s a way of informing the masses that the herbal formulation actually belongs to the people of Bastar, adding that more than 40% of the company’s revenue goes to the tribal people, whom she calls the “associated farmers”.

Apart from providing sustenance to this lot, Tripathi also strives to uplift them through education and skill development.

This sense of responsibility and the spirit of making a difference also guides Shruti Shibulal, CEO of Tamara Leisure Experiences, a hospitality company that aims to harmonize people, planet and profit through responsible business.

Responsibility and fairness are at the heart of his business. “We try to hire 40-50% of our staff from the local community,” she says.

The hospitality industry needs more women in leadership positions, says Shibulal. “In hotel management schools, 50% of students are women, (but) when it comes to employment, it’s a 70/30 ratio (male/female). And, when it comes to management, women are practically disappearing – that’s a really sad statistic,” she said in a video interview.

Tamara is tackling this issue by introducing a fair policy regime to ensure equal opportunity and growth for women in her organization. “We are proactively looking for women to come into the organization,” says Shibulal. “We want more women in management and there is a constant effort to find them.”

She also leads SAATHIYA, a philanthropic initiative of the Shibulal family which trains people from the economically weaker strata in the field of hotel management. Shibulal says women are used to being told “no”. “It’s time we asked ourselves why not.”

Karishma Khanna, a corporate professional turned entrepreneur, has had her share of ifs and buts.

She is forging her own path in an industry that is new to India. Khanna says she had no plan to follow when she started SortedHomes, a company that helps people organize the messier homes and workspaces. Khanna, who is a professional organiser, or to put it in her own words, a “head sorter” at SortedHomes, had to listen to her fair share of questions.

“Tu gharon ki safai karegiis one of many questions she was asked. Khanna says that when she started her business, she believed India had a market for it. And her company is the result of her self-confidence.

“Women find it so much harder to claim their worth and say ‘this is my prize’; a man wouldn’t think of it as often as we do,” Khanna said. “Women need to be conditioned from an early age to believe that the sky is the limit for them. (I say) Go get what you want,” she adds.

“If there’s a level playing field in your head, you automatically start stronger,” Khanna says. “It starts with a woman taking up space.”

In order to do her part for society, Khanna collaborates with various NGOs and employs and trains women. These women make up his team and help him serve customers. All items collected from homes and offices are sent to NGOs, including the Akash Foundation, with which her organization collaborates to help young girls set up their salons, shops, etc.