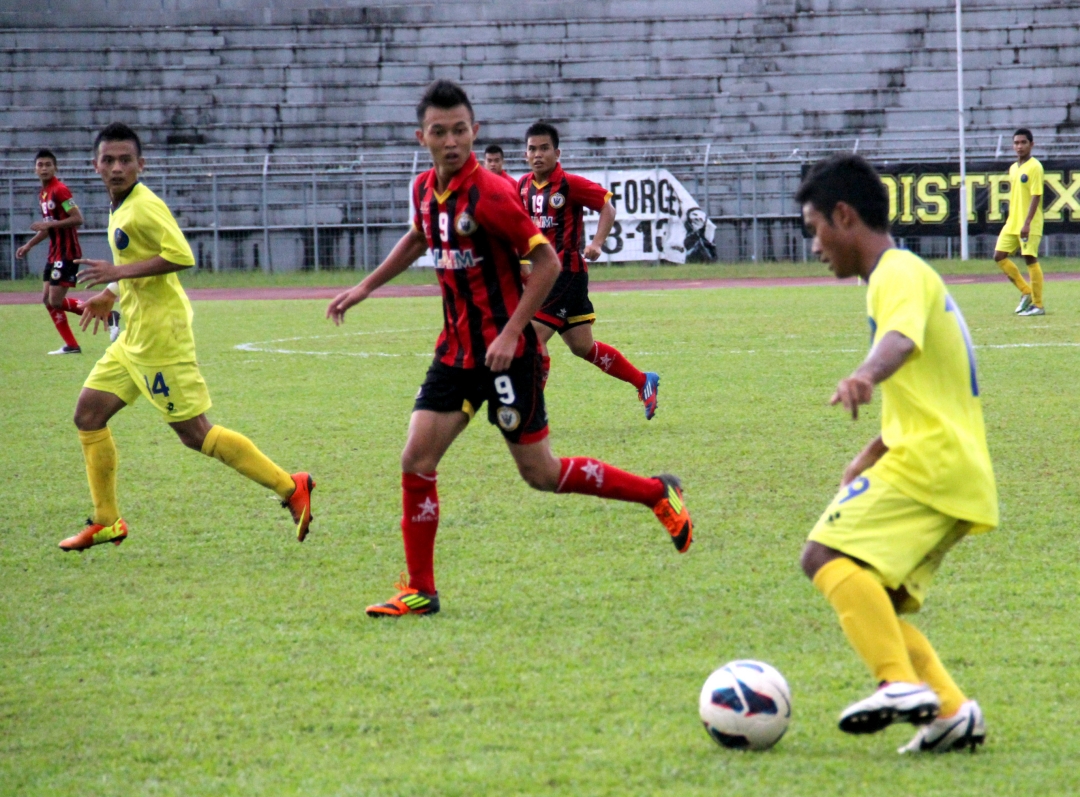 It is time to produce professional footballers from Sarawak for inclusion in the Malaysia team.

More than a decade ago, on a plane from Kuching to Sibu, I sat next to an official from Sarawak’s Ministry of Youth, Sports and Culture.

He was talking about setting up a football academy for Sarawak.

Good news! Had his ministry carried out a talent search for potential footballers among boys from different districts of Sarawak who were ready to train at the academy?

Has the ministry found out how many of these boys would go on to pursue a career in professional football and how long would it take to scout talent from a small population like ours and nurture them?

I was interested in what he said about the importance of building a strong football team for Sarawak not only to compete in other parts of Malaysia but also in some countries around the world. He was convinced that once the academy was established, there would be a campaign to recruit potential players for their role in the state team, national team, etc.

Cart before the horse’s situation!

Since then, I haven’t heard of aggressive player recruitment all over Sarawak.

It is possible that I am obsolete in this matter. A lot of water flowed under the Satok Bridge from where coach Awang Mahyan of the famous ‘Ngap Sayot’ jumped for joy after his team won an award in the Malaysian Cup!

I follow the changing fortunes and misfortunes of football – the glory days of ‘Ngap Sayot’, as well as our team’s current relegation to the bottom of the Super League.

But I say courage, men! This is the spirit of amateur sport: not to win, but to participate.

I used to play football during school days and the interest is still there. Hence the concern about the future of football in this state. Is it a dying sport?

But now there is news about the establishment of a sports village in Sarawak (Borneo Post, February 23, 2022). It cheered me up a bit.

Is this the academy the ministry official was referring to? Will the Sports Village also welcome footballers?

Basically, football in Malaysia is an amateur sport. Public funding through the relevant ministry is needed to start, but there will come a time when we have to think about making football profitable.

Several years ago, I ran into a few players from Sarawak State who were staying at the same hotel I was staying at in Johor Baru. From a short conversation with one of them, I understood that amateur football is an expensive game. It is very expensive for the Sarawak team to attend out-of-state matches, in terms of travel and accommodation costs, not to mention player compensation.

If they play several games in a season, it must have cost their association dearly!

Where can a football association find such money other than the door collections?

If the money comes from the government, it comes again from the taxpayers.
And if there are “imported players”, who pays their salaries, etc.? ?

Nor is it enough to rely on donations from individuals concerned with the public good – how many of them are willing to invest in our state team for a long time? Financiers are more inclined to invest in a profitable business rather than in an amateur football club which will not bring any immediate return.

I suggest that the game of football should be organized with profit in mind. Create a company to manage a football team. Then you have funds to hire professional players from anywhere in the world, the best money can buy.

Incidentally, in 2018, some foreign players even obtained Malaysian citizenship so that they could play for Malaysia in international tournaments, but the whole thing was not handled as a legal entity.

That was the problem.

Not everyone appreciated this generosity. By the way, it was easier for a foreign footballer to acquire Malaysian citizenship than a border scout from Lawas who had fought for Malaysia in the Confrontation!

Sorry for the digression. Now back to football.

If the team wins, the imported player gets fame and the coach gets the prestige he deserves. If the team loses, the fault lies with the local players (Malaysians) who are no match for the world class players.

Malaysia has had a Ministry of Sports since the beginning, with a vision and a mission: to participate in international competitions as well as the Olympics as the ultimate destination.

We have participated in many of these games and tournaments, and we have produced world-class athletes.

Is football on its own and can it stand out from other sports to be professional?

It is high time that we started recruiting our own with the aim of making them professional footballers, forced to play for a club run like a commercial enterprise.

It will take years to see a team of homegrown players capable of competing in the open market – but give the idea a try, we have to.

A journey of a thousand miles begins with the first step. Otherwise, forget about Malaysia achieving the goal of being a player in something like the World Cup in Qatar, or a place in the Olympics in the near future.

How’s that for a big order?

* Comments can reach the author via [email protected]

2 growth stocks I bought in April