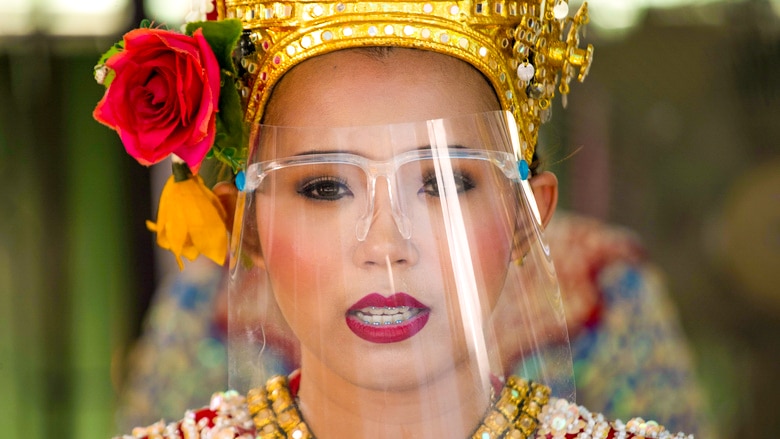 Thailand has given the green light to vaccinated travelers from more than 60 countries in a move that coincides with the opening of some of Australia’s international borders.

This means that many Australians based in Thailand will be able to return home for festive family reunions knowing they can easily return after the holidays.

As of Monday, Bangkok airport welcomed the first wave of visitors to Thailand in 18 months who will not have to undergo hotel quarantine for the coronavirus.

In addition to Australia, the list of 60 countries includes New Zealand, the United States, China, Japan, India and most of Europe.

Under the new national program, newcomers must spend their first night in a pre-approved hotel and receive a negative COVID-19 test before they can travel freely to the rest of Thailand.

LIVE UPDATES: Read our blog for the latest news on the COVID-19 pandemic

Before the pandemic, tourism accounted for around 12% of the country’s GDP and Bangkok was the most visited city in the world.

The resumption of commercial flights and the relaxation of quarantine rules is also good news for Australians living and working in the Land of Smiles.

“I can’t wait to jump on a Sydney train”

Bangkok-based businessman Tim Whitwell will now be reunited with his wife and daughters for Christmas.

“I’m super happy to be able to book a commercial flight home after so many months of uncertainty,” Whitwell told the ABC.

â€œChanging for the better in just a month is insane.

“Despite our best efforts, there were no guarantees just a few weeks ago and, who knows, it could have been February and we would still be waiting.”

Mr Whitwell, who works for a Danish multinational supply chain manager, has booked a Thai Airways flight to Sydney for December 17 and will return to Bangkok on January 16.

He is planning a family reunion in Niagara Park, near Gosford, on the central coast of New South Wales.

His wife Lisa and young daughters Lucy, 11, and Matilda, 13, flew to Australia on October 6 on a federally organized repatriation flight.

“Given the uncertainty and difficulty getting flights during the pandemic, we took three seats when we could, but my wife and daughters had to go through quarantine at the hotel,” he said. -he declares.

“I can’t wait to be able to land in Sydney, hop on a train to Gosford, and be reunited with my family under one roof. Our oldest daughters, Hannah and Eliza, will be there too.

“It’s been hard and very stressful … it will be good to have this behind us.”

“I haven’t kissed my grandchildren for three years”

But for Mark Weber, a Bangkok-based school teacher, it will make little difference to his vacation plans as most of his family are based in Brisbane and Cairns.

Queensland will not fully open its borders until December 17, with some quarantine rules for international arrivals, making it more difficult for Queenslanders to return.

“I haven’t kissed my grandchildren for almost three years, so it’s hard to know I won’t be able to do it on Christmas,” Weber told the ABC.

â€œI’ve missed my son’s wedding before in 2020. I’m single, so it’s a lonely and difficult existence and catching up with Zoom or FaceTime just isn’t the same.

Families are rushing to reunite in time for Christmas, but not all states are reopening at the same time, meaning some Australians abroad will still be in limbo.

“Looking from a distance, it is clear that Australia is not a united country but a federation of states, with so many different rules for international arrivals.”

Mr. Weber, who has lived in Asia since 2013, is the college principal of the International School of Myanmar. He teaches remotely from Bangkok but will move to Yangon on November 10 to continue his role in person.

“You go where the work is, but moving to Myanmar will mean I will be further from home, with less chance of returning to Australia anytime soon.”

Thailand continues to face an increase in coronavirus cases caused by the Delta strain, adding to the complexity of welcoming tourists during a pandemic.

The majority of the 1.9 million infections and more than 19,000 deaths in Thailand have been recorded since April.

About 42% of the country’s 72 million people have been vaccinated, according to government figures.

Corn Indonesian media reports that President Joko Widodo met Prime Minister Scott Morrison on the sidelines of the G20 summit in Rome to discuss the establishment of a Vaccinated Traffic Lane (VTL) between the two countries.

“I hope that the recognition of the VTL and the vaccine certificate can be completed soon. I am sure that this will accelerate the economic recovery, of course in a safe way,” said Mr Widodo.

Thailand’s finance ministry said it expects only a gradual return to international tourism, with 180,000 foreign arrivals expected this year and 7 million visitors next year.

This is to be compared with more than 40 million arrivals in 2019.

Even so, Mr Weber said even a modest recovery would give his fellow Bangkok residents a much needed boost.

â€œSince I have been here, I have seen so many more people live from hand to mouth than before, sleeping under bridges, living on the streets,â€ he said.

“I think it’s great that everything is opening up and now is the right time, especially for the Thai people.”

What you need to know about the coronavirus: