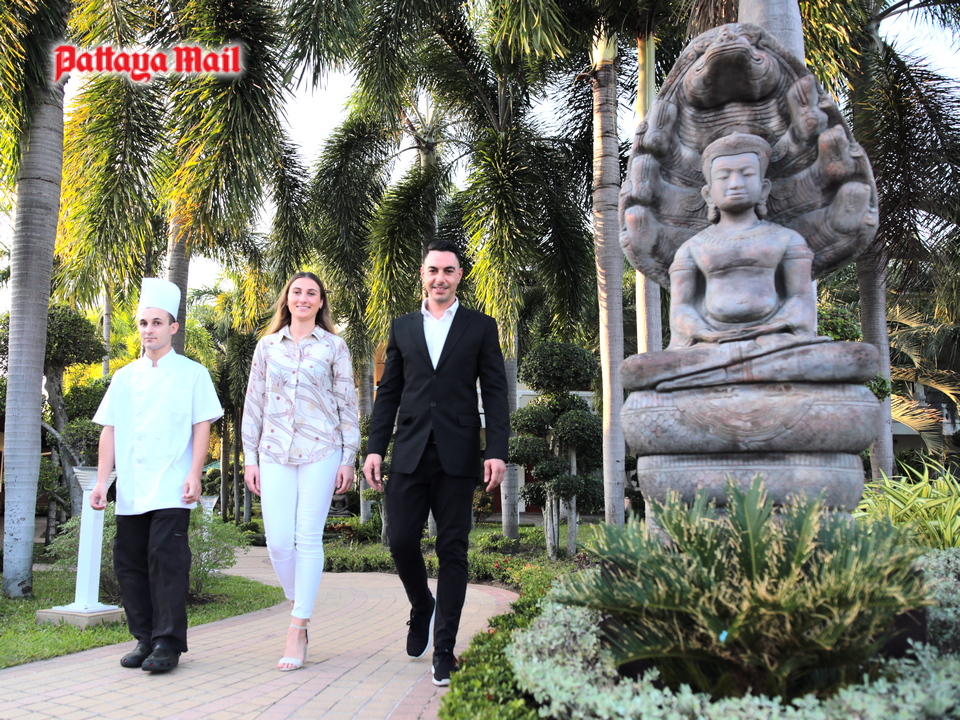 In many ways, Thailand’s reopening to international tourists in November provided an opportunity for the country to make a fresh start, both with the coronavirus and with its tourism industry.

The same can be said of the Thai Garden Resort. After suffering the closure for months, owner Gerrit Niehaus has made a fresh start with his popular Pattaya hotel by hiring a new management team of energetic young Europeans.

â€œThe world belongs to young people and I would like to give them a chance,â€ said Gerrit Niehaus. “But although these three new people are young, they are very well educated and trained and are very experienced.”

Hotel manager Saskia Unrath, 22, is from a small town near Mannheim in Odenwald, Germany and speaks German, English and a little Thai.

After studying tourism and hospitality for three years, she came to Thailand for a three-month internship at Thai Garden Resort in 2018 before returning to Europe to complete her studies.

The pandemic prevented Unrath from returning to Thailand, so she has spent the past two years working at several hotels and restaurants in Germany.

Gerrit Niehaus, however, hadn’t forgotten the talented young lady and called her once he was sure the hotel could reopen. “I’m sure you can only be happy in Thailand and especially at the Thai Garden Resort,” he told her.

Unrath answered the call and began working on managing the resort on November 1. Niehaus said she not only proved to be very knowledgeable, but started making her mark on the resort’s operations and advertising in just a matter of weeks.

â€œI want to make more use of social media and keep in touch via email and phone with old customers and also reach out to a lot of new people,â€ she said.

The new chef at Thai Garden is Giorgio Finardi, 30, from Milan. He honed his culinary skills at the famous IPC G Falcone hotel school and went on to work in several high-end restaurants, including Le Querce, considered one of the best restaurants in Milan.

Five years ago, Finardi decided to move to Thailand after falling in love with the country and a woman here. He started working in 2017 at La Costa in Pattaya and moved to Italian Osteria two years later at the Terminal 21 mall where Gerrit Niehaus met him.

Gerrit has become a regular customer, addicted to Finardi’s food. Gerrit eventually persuaded him to join the Thai Garden Resort as the chef at his Oasis restaurant. He has since changed part of the kitchen layout and is planning a special menu for the future.

Food and beverage director Pietro Metastasio, 36, is also from Italy, in this case Turin, in Piemonte.

Metastasio received his bachelor’s degree in business administration, but started his hospitality career in Thailand at a mid-size hotel in Phuket in 2014.

In 2019, Metastasio moved to Pattaya for its year-round activity, also ending up working with Finardi at the Italian Osteria.

Niehaus spotted Metastasio’s talent and recruited him as well. Both Metastasio and Finardi joined the Thai Garden Resort on July 1.

NOTICE: Aventura Hotel is a step below other Universal Orlando hotels