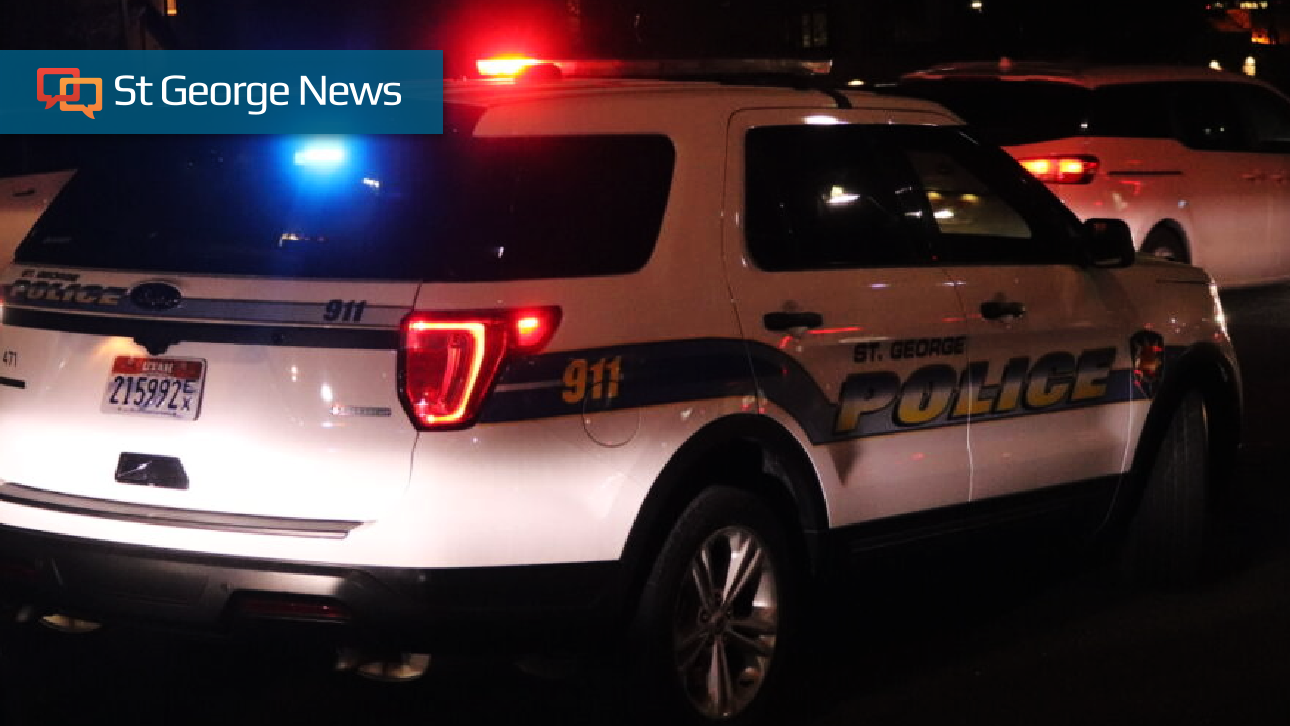 ST. GEORGE- A suspect with more than 30 arrests and multiple convictions in another state has been arrested after a guest rushed to the hotel desk to report that a man entered the room and pointed a gun at him. customer’s head.

The St. George Communications Center received a 911 call from a Main Street motel in St. George shortly before 4:30 a.m. on Monday, reporting that a guest had just reported that a suspect had entered their room and pointed a gun at their head. and instructed the employee to call the police, according to the probable cause statement filed in support of the arrest.

When officers arrived, they learned that a man had knocked on the guest’s bedroom door asking for money, and they let the suspect into the room because they were afraid of him. , the agent noted in the report.

The guest said that when they gave the suspect $20, the man became angry when the individual didn’t give them more, and when the flagman got up to leave, the report said. , the suspect took out his cell phone and closed the door.

As the guest tried to open the door, he heard the sound of a “loading gun”, the officer noted, which is when the suspect pushed a gun at the door. guest’s head and told him to be quiet. The guest was able to free himself and began to run towards the motel’s main lobby, while the suspect chased him but was unable to catch up.

The report also states that officers received a description of the firearm allegedly used in the incident, a Smith and Wesson .380 handgun, which disappeared from the guest’s room one day or so. two before.

Officers also learned that two days prior, the suspect, identified as 36-year-old Jeramiah Manitz, was formally trespassed at the motel and barred from entering the property.

When officers went to the room where the incident occurred and just inside the doorway, they found a white long-sleeved shirt on the floor. Wrapped inside was the loaded pistol with five rounds in the magazine, which was partially ejected from the pistol. Officers nearby found a plastic bag possibly containing heroin. Officers believed the suspect dropped the items while chasing the guest.

According to witness statements, the suspect was seen and heard of several times at the hotel in the 24 hours prior to the 911 call and allegedly knocked on doors at random looking for the guest and shouted into the room. corridor.

Officers also learned that the guest and suspect were in a past relationship. A background check revealed Manitz was arrested in March for a felony drug offense — one of three previous arrests in Utah, two of which were felony matters from 2005. The criminal background check also revealed that Manitz had been arrested 35 times in California.with several convictions for burglary, assault with a deadly weapon with serious bodily harm, assault and battery against a police officer, drugs, car theft and threatening crime with intent to terrorize.

The officer also noted that Manitz is “a definite danger” to the public, based on the suspect’s long criminal history and transient lifestyle.

A conviction landed the defendant in Pleasant Valley State Prison in California on November 23, 2017, and he was eligible for parole two years later.

On Tuesday, the suspect was located and arrested by the police. He was transported to the Purgatory Correctional Facility and imprisoned shortly before 3 p.m., facing a second-degree felony charge for possession of a dangerous weapon by a restricted person and two third-degree felony charges. degree, including aggravated assault and possession of a controlled substance. . He also faces one count of criminal harassment, unlawful confinement and criminal trespassing, each a misdemeanor.

A public safety assessment filed the next day found the suspect to be “at high risk of committing a violent crime”, and he remains in custody without bond.

This report is based on statements taken from court records, police or other stakeholders and may not contain the full extent of the conclusions. Those arrested or charged are presumed innocent until found guilty by a court or until a trier of fact decides otherwise.

Cody Blowers grew up in South San Francisco, California. A 2013 graduate of Colorado Technical University, Cody earned her bachelor’s degree in criminal justice with a minor in paralegal studies. During her university studies, she discovered that writing is her true passion and she is committed to providing credible and integrated media coverage. Cody joined St. George News in 2015, and when she’s not busy chasing the news, she can usually be found chasing after her young granddaughter, Kali.