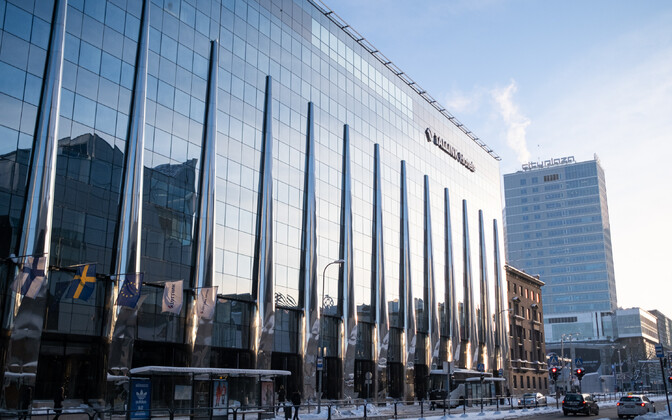 Statistics: tourism up 64% over one year to January | Economy

More than 158,000 tourists stayed in hotels, inns, guesthouses and other accommodation establishments in January this year, the agency reports.

While the number of foreign tourists has more than quadrupled, by 412%, compared to January 2021, this is the result of the recovery from the pandemic period, when there was virtually no foreign tourism, and remains half of the pre-pandemic figure.

Helga Laurmaa, an analyst with Statistics Estonia, said: “The number of foreign tourists accommodated was comparable to January eighteen years ago.”

“The number of domestic tourists increased by 22% year-on-year and was also 10% higher than in January 2019,” he added.

Compared to January 2021, the number of tourists from European countries, as well as from countries outside Europe, has increased.

One of the reasons for this big change was the very low baseline mentioned above.

The largest proportion of tourists came from Estonia’s southern neighbour, Latvia, with 11,000 visitors, while the other major source countries were also from neighboring states.

Just over two-thirds of foreign visitors stayed in Harju County, Estonia’s most populous region and which includes Tallinn, while Pärnu County received 12% of the total, Tarty County 7% and Ida-Viru county 4%.

Foreign tourists spent a total of 115,000 nights in Estonia, according to Statistics Estonia.

By reason for travel, nearly three-quarters of domestic tourists (71%) were on vacation in their own country, with most of the rest (21%) on a business trip.

As with foreign tourists, domestic tourists stayed the most in the counties of Harju (21% of the total), Pärnu (17%), Tartu (12%) and Ida-Viru (11%), while Saaremaa was also a important destination, hosting 8% of the January total.

Domestic tourists spent a total of 179,000 nights in accommodation establishments.

A total of 910 accommodation businesses were open in January, a slight increase (of 11) from January 2021.

The average cost of an overnight stay was €36 per person, an increase of €6 over one year, although one euro cheaper than the last month of January 2019 before the pandemic.

Tartu County was the most expensive on average per person per night at €44, followed by Lääne-Viru County at €41, Harju County (including Tallinn) at €38 and Pärnu County at €30. € per night.