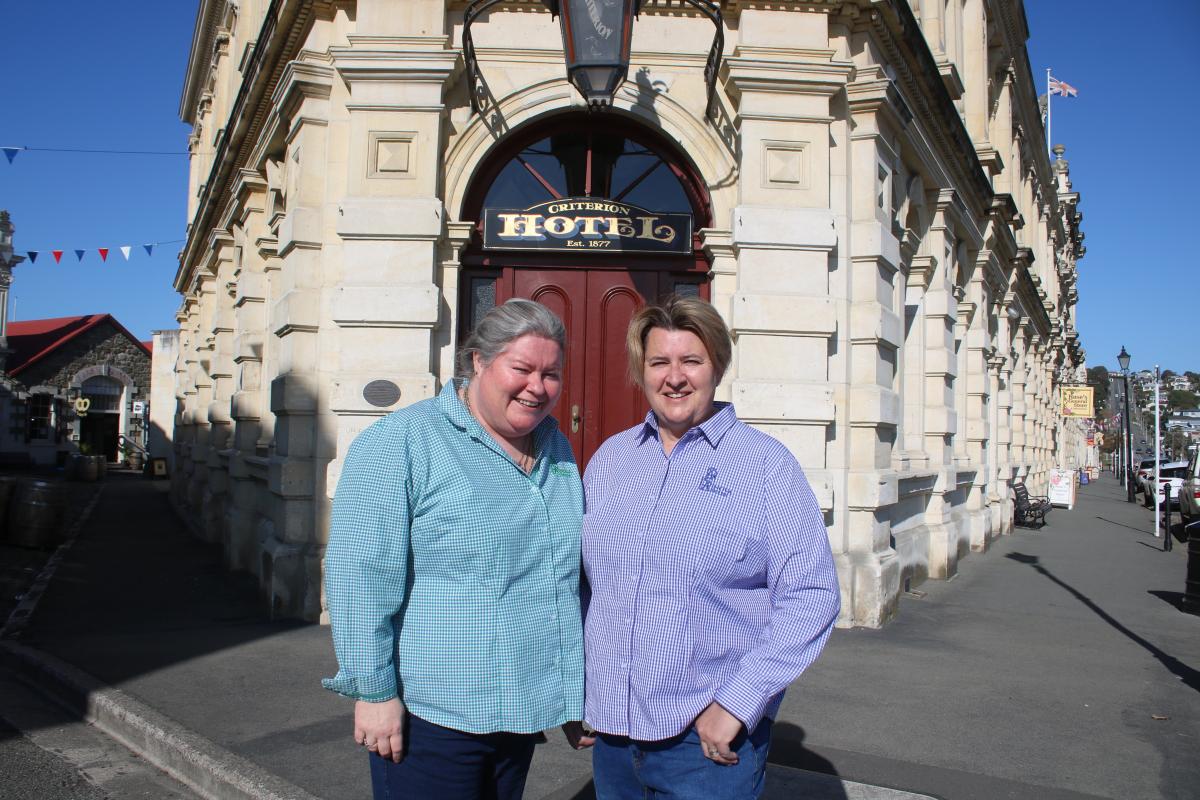 By Fay T. Meade Last updated May 1, 2022
Share
They were there the last time they closed and will be there for the reopening – only on the other side of the bar.

When the Criterion Hotel, Bar and Eatery reopens, Katrina McLarin and Brenda Laverick will be behind the bar as owners of the new establishment.

The women, who opened the Casa Nova accommodation business in Oamaru early last year, have now entered into a lease with the Oamaru Whitestone Civic Trust to reopen the Criterion.

The Criterion closed in January this year when former tenants Herbert and Marise Martin moved out, leaving the 145-year-old building empty.

By some sort of coincidence, the new tenants were actually in the Criterion having a drink on the last day of the Martins’ rental.

“This last day we were there having a nice drink, talking to the owners, Marise and Herb, and looking around and seeing what a great place it was,” Ms. McLarin.

“We talked about it with a friend who had experience running pubs and told us it was for sale and if I could be a silent partner – I was joking, like I could shut up.

Maybe you could call it fate, they were at the hotel on the last day, but were excited to get the business going again, Ms McLarin said.

“We’re really hoping to get it back up and running by the end of July or early August.”

A new commercial kitchen was going to be installed as the focus would be on food and giving diners a good experience.

“Unfortunately, the days of the corner bar and the simple drink are over for 20 years. People want to have a good lunch and dinner and that’s what we intend to do.”

She said a new commercial kitchen, costing over $100,000 to install, showed the commitment they had to the new business.

The business wanted to open on the most viable five days of the week, but was realistic about bringing in staff to run the business.

“We know there is a shortage of staff and it is difficult to find a chef. I just learned this week that we are short of Gibs all over the country, so we are careful to bring down the board of ‘administration.”

Opening the Casa Nova business during a pandemic meant they had no experience running a business in Oamaru when the borders were open and they were eager to serve domestic and international diners.

There were 14 bedrooms upstairs in the building, but Ms McLarin said they did not have individual bathrooms.

In the times of Covid-19, sharing a bathroom was not an option, so any decision to open accommodation was a long-term project.

The couple had received a lot of support from the Oamaru Whitestone Civic Trust and Waitaki District Council.

Trust chairman Graeme Clark said the trust was delighted with the new plans for the Criterion.

“It’s great to see the Criterion reopen and we wish Katrina and Brenda the best. We’ve always considered the Criterion the jewel in the crown of the Victorian enclosure.”

Hotels are slowing growth by refusing to embrace market research