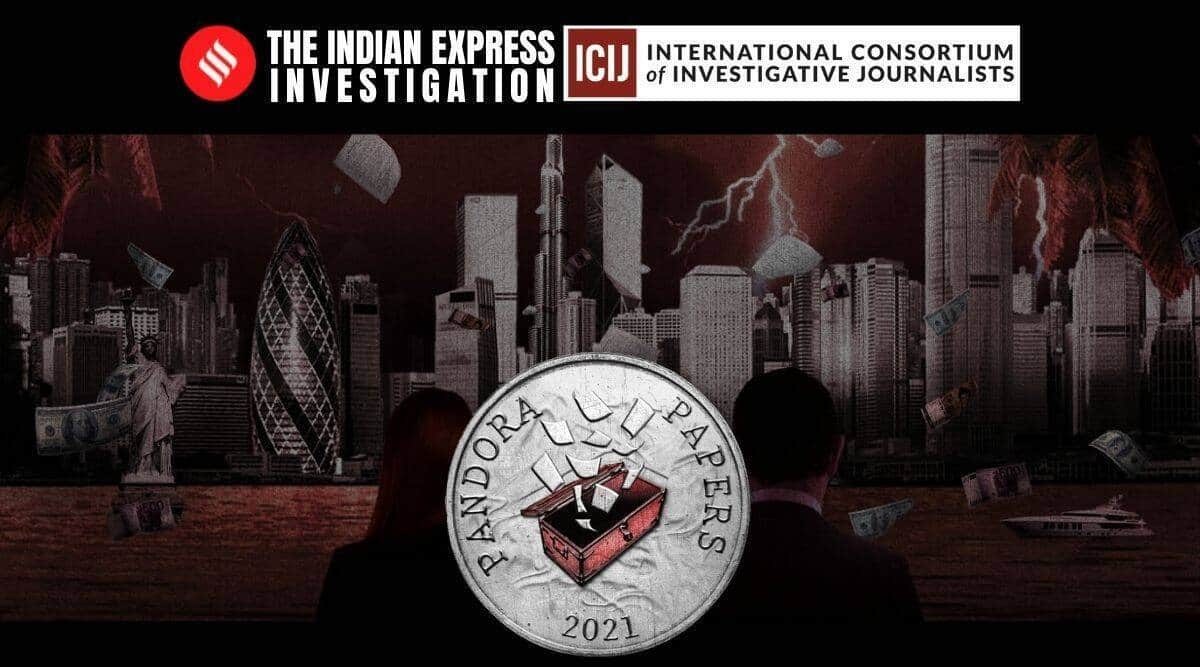 Layered property structures, accessible as part of Pandora Papers Investigation, reveal the offshore fingerprints of promoters of Bharat Hotels Group which was raided in connection with its “undisclosed foreign assets” by the Central Commission for Direct Taxes (CBDT) in January 2020.

According to records from Trident Trust (BVI), a business service provider investigated by The Indian Express, Bharat Hotels developer Jyotsna Suri’s interests in hotel projects in Dubai and London were held by an offshore subsidiary of Deeksha Holdings Limited, the largest shareholder (40.41%) in Bharat Hotels Limited.

The balance was divided between Premium Exports Limited of Suri (8%), the Panamanian company of his brother Jayant Nanda, which has since dissolved, Richmond Enterprises SA (15%) and his son Keshav (4%).

Deeksha Holdings established a subsidiary Premium Holdings Limited on the Isle of Man in 1993. This entity owned 33.3% of Cavern Hotel and Resort FZCO (Dubai), a joint venture between Bharat Hotels and the UAE-based property developer united Nakheel, to develop a Dubai Hotel.

Premium Holdings (IoM), show records, also owned Grand Hotel and Investments Limited, a BVI company incorporated in 2005, where Suri was the â€œprimary beneficiaryâ€. This BVI entity was the sole shareholder of St Olave’s Limited, a UK company created in March 2016, before transferring ownership to its Dubai-based brother Jayant Nanda in December 2016.

Under a 10-year contract signed in 2017, shows a draft red herring prospectus filed with SEBI in 2018, Bharat Hotels Limited has granted St Olave’s Limited the rights to use the LaLit brand for its London hotel launched in November 2016 and took responsibility for managing its operations for a consideration of 7% of the hotel’s gross annual income.

Jyotsna Suri, Jayant Nanda and senior officials at Bharat Hotels Limited did not respond to questions from The Indian Express.

In July 2018, records show that Trident Trust (BVI) provided information on Grand Hotel and Investments Limited (BVI) to the International Tax Authority established under the auspices of the country’s Ministry of Finance (see graph).

Records indicate that Suri is the beneficial owner of Grand Hotel and Investments Limited in BVI.

Subsequently, records show that “the balance owed to a related company” (Grand Hotel and Investments Limited) was transferred to the “existing shareholder” (Jayant Nanda) of St Olave’s Limited and converted into 4,772,413 ordinary shares. Â£ 1 each. As of March 2020, Nanda held all of the 4,772,414 shares of St Olave’s Limited.

As reported by Indian express During the Panama Papers investigation, Jayant Nanda, through his Panamanian company (now dissolved), Richmond Enterprises SA, partnered until 2006 with J&W Inc (Bahamas) of the man of Dutch businessman of Indian origin Kul Rattan Chadha.

Until 2016, when it was dissolved, according to records, a BVI company, Perennial Investments Limited, held assets worth US $ 6.1 million in stock and cash for Oasis Trust, which was established in 1992 with Jyotsna Suri as protector and her late husband Lalit Suri. as a constituent.

Jyotsna, his son Keshav, his daughters Divya, Deekhsha, Shradha, his brother-in-law Ramesh and his wife Ritu, and his brother Jayant Nanda were named beneficiaries.