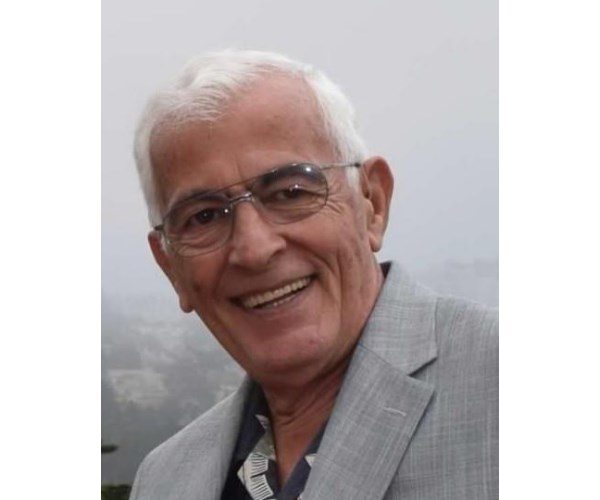 Tim Gerostathos, 76, of Conroe, TX, passed away on September 19, 2021. He was the beloved father of Nick Gerostathos (Alina) of Moraga, CA, and Helen Gerostathos Guyton (Brad), of Gaithersburg, MD; fun pappous to Marcus, Alex, Karina, Lukas and Alexis; loving companion of Kathy Willis and her daughters, Shelly and Kari Willis of Conroe, Texas; and devoted brother of Sofia (Foula) Botellis of Greece. He was predeceased by his parents, Efthymios and Eleni Gerostathos, and his sister, Maria (Maro) Peppas.

Tim was born in Athens, Greece, in 1945, to Eleni, who raised Tim and his two sisters as a single mother after Tim’s father, a Greek police captain, was killed during the Greek Civil War . Tim was a good student and was always looking for better opportunities. He spoke several languages, and after graduating from high school in Greece, he moved to Germany to study linguistic arts on a scholarship.

Continuing to dream big, Tim immigrated to America in the late sixties. He got his first job in the United States working long hours at the Hilton in Baltimore. His hard work has earned him several promotions and he has found his passion for the hospitality industry. Tim spent the next 40 years in the hospitality industry, first with the Hilton chain, then as general manager of the Ramada in East Hartford, Connecticut, where he was affectionately known as “Mr. G”. After many years working for hotel chains, he achieved his goal of starting his own hotel management company, where he continued to work until his retirement.

Tim loved music and learned the piano, guitar and bouzouki on his own. He also loved photography, poetry and writing. Tim has volunteered with many organizations over the years, including Easter Seals and the Rotary Club. He was always up for adventure, had a quirky sense of humor, and enjoyed traveling, the sea and cooking authentic Greek cuisine. He also played a nasty game of Tavli and Koum Kan, always lovingly competing with his sisters while enjoying a cup of Greek coffee on the veranda.

Tim’s family held a private service and he will be buried in Greece. At a memorial for his mother, Tim once said, “As long as someone remembers them, they never die.” We will always remember Tim. May his memory be eternal.

In lieu of flowers, Tim’s family is asking for donations to be made “In Memory of Tim Gerostathos” to the Montgomery College Foundation, 9221 Corporate Blvd., Rockville, Maryland 20850 or online at https: //www.montgomerycollege. edu / alumni-friends -donors / foundation / donate.html. As a young immigrant and father, Tim traveled by bus, between shifts at the Hilton in Baltimore, to DC to attend hospitality classes that he self-funded. Donations on her behalf will help students in the Host Program and other Montgomery College programs get a head start in pursuing their dreams.

Published by L’Entreprise Beaumont from October 1 to 2, 2021.