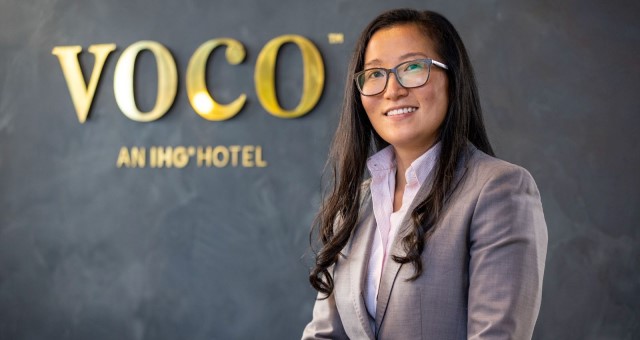 Pro-invest Hotels has strengthened its team of hotels in New Zealand ahead of two historic openings this month.

Originally from Auckland, McKenzie spent seven years working in Southeast Asia and Japan at Accor, including as regional manager for midscale and economy hotels in Thailand.

“Although I have spent a lot of time internationally, New Zealand is my home and I am delighted to lead these two highly anticipated Pro-invest hotel openings in 2022,” said McKenzie.

“It’s hugely exciting to work with such an incredible team that consists of some of New Zealand’s best up-and-coming talent.

“I am extremely proud of the team who have worked together to ensure the successful opening of these hotels over a difficult few months and I am delighted to be able to welcome visitors back to Auckland as tourism resumes in Auckland.”

Sunny Goo, who joins the team as Hotel Manager in both voco Auckland City Center and Holiday Inn Express Auckland City Centre, has spent the past ten years working with Accor in a variety of roles, including as General Manager of Mercure Auckland Queen Street where she was part of the pre-opening team that launched the property. She also served as Executive Assistant Manager at Sofitel Fiji Resort and Spa, where she was part of the senior management team overseeing the renovation project.

Experienced hotelier Mark Burns has been appointed general manager of the famed Accor Pullman Cairns International hotel as the property enters the final stages of a major refurbishment programme.

“Mark’s experience in the five-star industry and his knack for stylish, high-end makeovers make him the perfect person to take the helm at this crucial time,” said Sarah Derry, CEO of Accor Pacific.

“He has an incredible ability to reinvent a hotel in terms of service and food and beverage culture, and will undoubtedly lead the Pullman team to create a special guest experience.”

Burns is a former general manager of the Fullerton Hotel Sydney, where he oversaw the hotel’s complete conversion and rebranding from The Westin Sydney in 2019. He also spent over two decades with Starwood Hotels and Resort, working in several Australian properties.

Prior to that, he worked for the Mandarin Oriental Hotel Group with positions in Hong Kong, Macao, Thailand, Indonesia and Hawaii.

In this role, Burns will be responsible for reinventing Pullman’s food and beverage venues.

Pullman Cairns International owner Shakespeare Property Group is committed to investing in the area and is confident in the property’s future under Burns’ leadership.

“Mark is responsible for bringing our vision of The Pullman to life, and we are confident that under his leadership we can make the hotel Tropical North Queensland’s most distinguished destination for staying, indulging and dining,” said the Vice President of Shakespeare Property Group – Hospitality. Assets and Investments, Richard Saab.

Appelman has held various hospitality positions in New Zealand and the UK, most recently as Managing Director and Regional General Manager for JUCY Snooze Queenstown and Christchurch. She has also previously held leadership positions at IHG, Heritage and Mantra group.

Appelman first visited Queenstown in 2007 as a backpacker and has a great love for the area.

“I love the seasons, the colors, the views from every window,” she said.

“You can ski in the morning and cycle in the afternoon, it’s a city of opportunity. This region has something for every traveler, whether you’re on a family adventure, a couples getaway, a food and wine vacation, golfing, mountain biking, hiking, skiing – we truly have something for everyone. world !

Sudima Queenstown Five Mile opened in December 2021 and is ready to capitalize on returning international travellers.

Originally from the UK, he started his career as a freelance journalist and has written for several different publications.

“Having a background in journalism, I know what stories interest the media and how to present them to get the best possible coverage,” Thorburn said.

“We believe his well-rounded experience in the hospitality industry managing marketing and communications departments at several large hotels gives him a deep understanding of what his position entails,” Martin said.