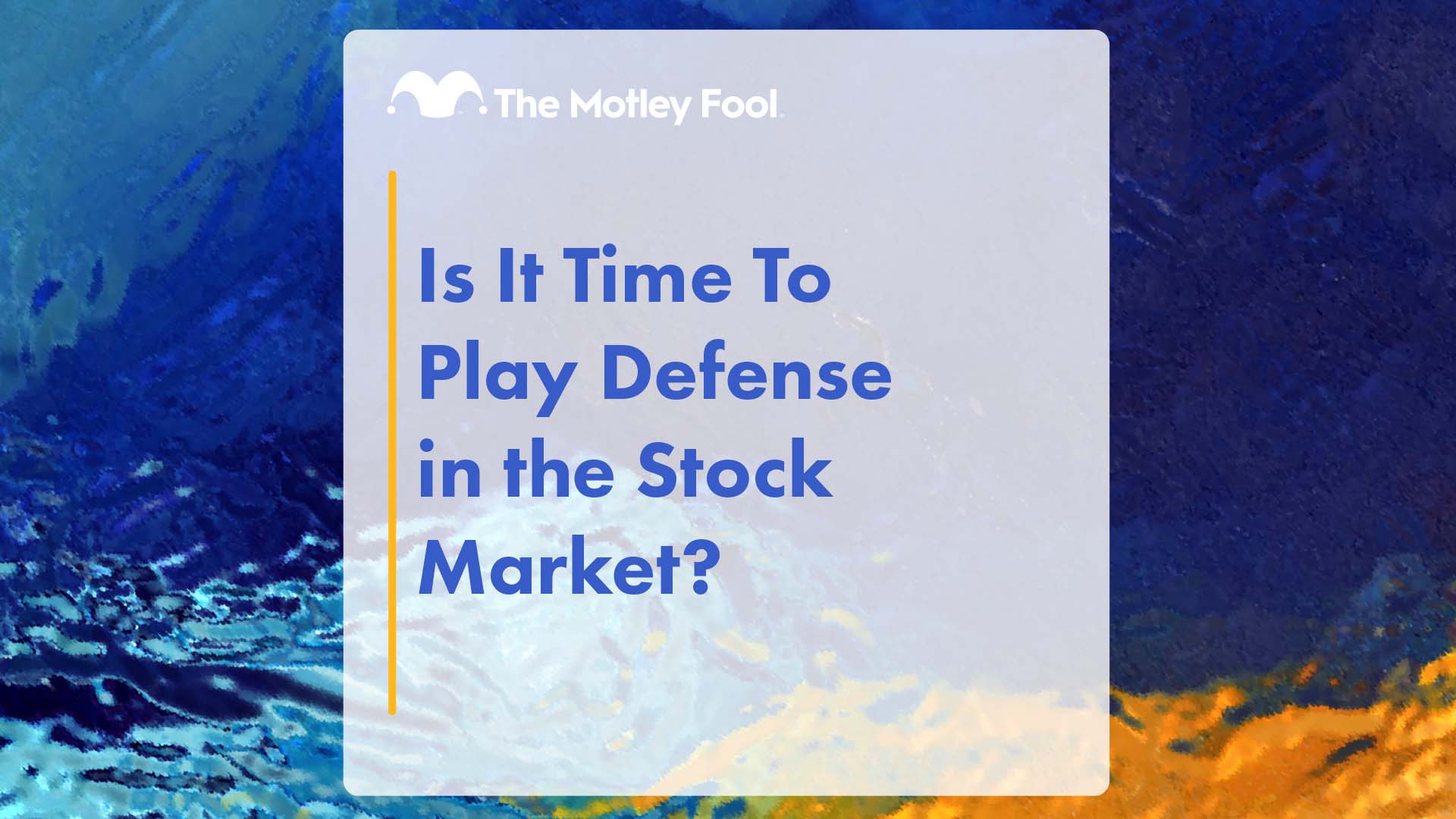 Is it time to play defense on the stock market?

Should investors try to synchronize the market and take money out when prices get sparkling? Or should shareholders ignore volatility and stay in the market? In this episode of “Beat and Raise,” Motley Fool contributors Brian Withers, Taylor Carmichael and Lou Whiteman discuss their investment philosophies. This segment was recorded on September 2.

Brian Withers: So we talked a bit about the fact that the market hit all-time highs today. If you look at the chart, just as the coronavirus hit the market considerably, but it has had its ups and downs every day. But the big trend of mid-March 2020, everything was up and right, and the market high before that was February 2019, but we got past that and went even higher. With stocks at the top of the market, with the market continuing to rise, how do you see your portfolio today? Are you taking money out of the market? Are you heading towards defensive stocks? What are you doing? Taylor, why don’t you take this one first?

Taylor Carmichael: OK. It’s interesting to think about it. I thought what constitutes the market? Amazon (NASDAQ: AMZN) is a big chunk of the market. The internet companies in particular have been very strong and most of my portfolio is light assets, so they have done incredibly well. I think there are still industries that have not fully recovered. You think of hotels, you think of cruise lines, there are sectors that are still in decline. This reopening, which I thought was going to take place, has still not fully taken place. There are certainly areas that have not yet fully recovered from the coronavirus. This is a great thing to think about are we going to fix coronavirus, are we going to vaccinate everyone, is it going to go away?

Then the other problem concerns the Fed and keeping interest rates low. When you said the S&P was so amazing and the market was so amazing for the past 10 years, it’s because the Fed has kept interest rates really low and that might start to change with inflation . We’ve been seeing a lot of inflation coming up recently over the last few months, I think. It’s one thing that I changed in my wallet, it’s a major change that I made, we went from Visa (NYSE: V) To Schwab (NYSE: SCHW). It was a defensive move I made because I don’t know when, but at some point I think interest rates are going to have to rise to fight inflation. I don’t think that’s going to happen until we beat COVID-19. It’s a weird thing, but I think the Fed is keeping it low because of COVID-19 and there’s still a recession going on for a lot of businesses.

But a lot of Internet stocks, Amazon, a lot of different companies are doing well. They are doing as well as ever, so it’s a weird fork. However, I am not taking money out of the market. I invest, I put money on the market. I am buying the same stocks that I have already bought and I am doing very well. But I think we’re going to have a weird change in a year or two when we have to get past COVID. At some point if inflation continues we are going to have to raise interest rates and that will change the dynamics of the market.

Brian Withers: We’ve been through this before and some of that uncertainty is already built into the market. I love your approach is to go on, go on and seek out high quality, high growth companies, and keep buying while continuing to add to your portfolio. Lou, I love this. I love your approach.

Lou Whiteman: Basically if the question is do I change anything because of where we are? The answer is no. Life is complicated as it is. I don’t have enough free time. I certainly don’t have the time to watch CNBC every day and get yelled at. I don’t know when this happens. I don’t change what I do based on where we are. I’m not smart enough to know where we are. I put aside five years of everything I can think of, everything I have left is put on the market.

The nature of businesses can change, and that goes for all the businesses that interest me the most. Sometimes there’s good, solid logic behind it, sometimes it’s based on valuations and where the market is. What I might think of macro, sometimes it’s based on I think the logo is cool. Anyway, but that’s whether or not we’re at an all-time high, an all-time low, I don’t have the time or the bandwidth to figure out where it’s going from here, so I try regularly as it goes.

Brian Withers: I think I’m with you too, Lou, because I was personally very touched by the 2008-2009 crisis, the financial crisis. I was laid off just as the market bottomed out in March 2009. I had to sell big companies at ridiculous prices to raise money for an emergency fund. If I had done like you, Lou, I had five years of cash on the side, wow, I wouldn’t have sold Starbucks (NASDAQ: SBUX), I wouldn’t have sold Nvidia (NASDAQ: NVDA), Intuitive surgery (NASDAQ: ISRG). These are just a few of the businesses that I sold in early 2009. Netflix which has since become some fantastic winners. As we were coming out of the coronavirus I got my job I looked at the market from 2009 continuously to 2011 and when we got to 2011 I think like the market is today.

The market is reaching historic highs. I think we’re on the verge of a setback and I’ve been waiting for a major setback like 2008, 2009 over the last decade, and it hasn’t happened. Fortunately, I ignored my inner worry and continued to invest in the market because I love being invested in the market. I like the companies I have invested in, no matter what goes on overall. This is why we buy big companies because they will do well no matter how long the market goes.

Lou Whiteman: The only thing I would add just because despite my reverse answer, I think so. But I think we’re more than likely heading towards something at some point maybe not in the short term, but I think at some point in the next few years we’re going to see some pressure on stocks and I’m a little worried look more like 2008-2009 than last year. There have been a lot of new investors over the last decade, I’m afraid I could say, well, I went through the three months of COVID without selling so I can handle that. I don’t think that’s a reason to adjust your portfolio. I think that’s a reason to watch Tim and Asit on a state of mind.

Lou Whiteman: Starting this year I was basically wrong. But we did a year-long prediction show and I suggest now is the time to rob yourself or really have that difficult conversation with yourself. I still feel like this. I’m not going to change my investments, but we’re far enough along in the cycle that it’s time to at least have the conversation with yourself and prepare yourself so you don’t sell if it goes down, because it is. that may not be the case. rebound in three months this time.

Brian Withers: In 2009, when I was selling stuff, I was like, this is the horribly worst time to sell, and I shouldn’t be selling, and I was stuck. I had found myself in this position because I didn’t have emergency funds, and I didn’t have the safety valves that I should have had and it hurt.

This article represents the opinion of the author, who may disagree with the â€œofficialâ€ recommendation position of a premium Motley Fool consulting service. We are heterogeneous! Challenging an investment thesis – even one of our own – helps us all to think critically about investing and make decisions that help us become smarter, happier, and richer.