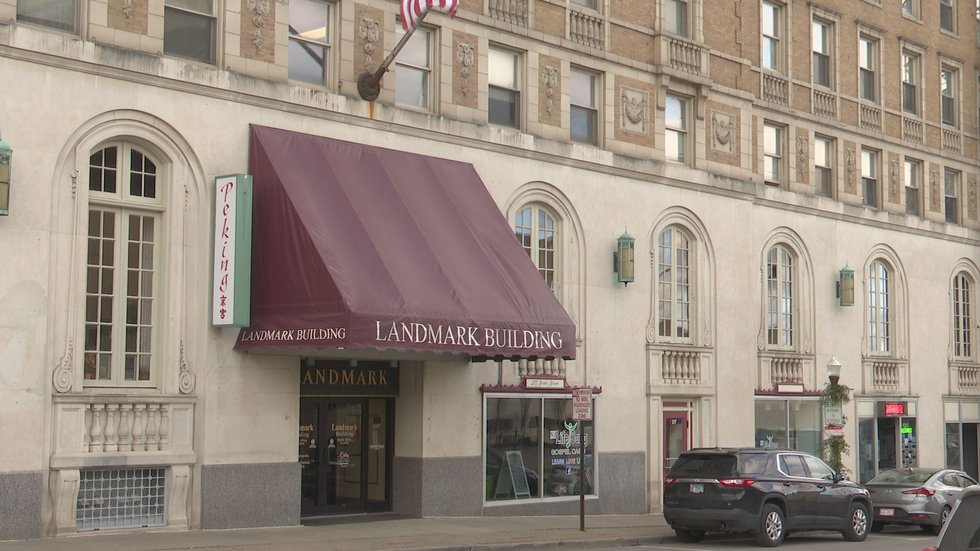 WAUSAU, Wis. (WSAW) – The Landmark Building on Scott Street and Third, formerly the Wausau Hotel, is undergoing a renovation and updates to its plumbing and HVAC systems to better serve its residents and to preserve part of Wausau’s history.

The building grew from three to its current eight floors when it was purchased in 1924 by Walter Schroeder. He was one of the first entrepreneurs to invest in a hotel chain in the Midwest, and the Wausau Hotel became his eleventh property. It has become a destination hotel for anyone traveling through the region.

â€œIt was designed to be impressive and it was. There was a two story hall with a fountain inside. They had a coffee. . . in the twenties and thirties it was a bit before the cafe trend but they had one – a restaurant, a ballroom. After Prohibition ended, they opened a lounge called the Blue Fountain Room, â€said Ben Clark, archivist and historian for the Marathon County Historical Society.

The highway left town in 1963, bringing fewer travelers past the hotel. The occupation declined, bringing hard times, and five years later it was sold to Ray and Marie Goldbach.

The Goldbachs kept the business going until they decided to close it in 1974 and turn it into affordable housing. It was classified at the time as a local historic monument.

Gorman and Company is the latest group to acquire the building. They put it on the National Register of Historic Places and use the associated tax breaks to help with the latest renovations and upgrades. There will remain affordable housing with income conditions.

“This is a great opportunity for our downtown to raise the standard of living in affordable housing in the downtown core and ensure our workforce has a place to stay and live in the heart of our city.” said Blake, general manager of the River District. Opal-Wahoske.