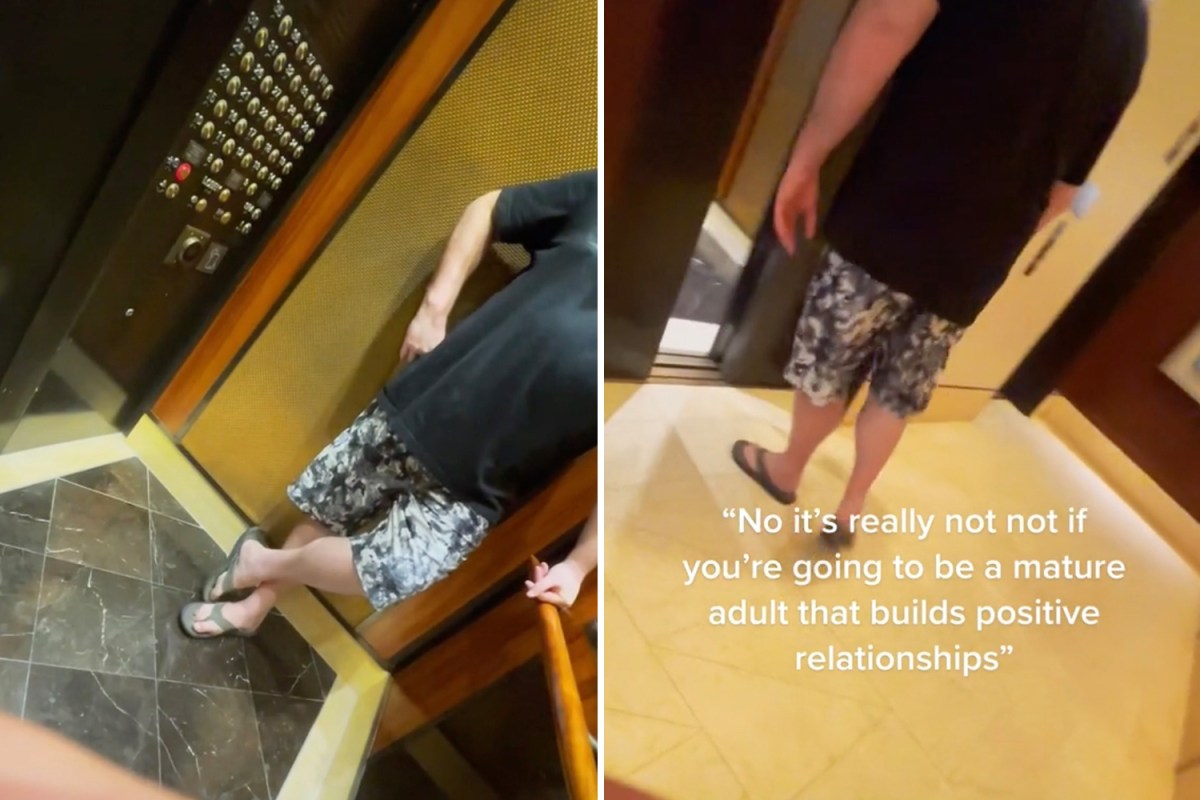 I was fished out by ‘an ugly man’

A casual date by the pool turned into an escape race when a woman’s ‘ugly’ date turned out to be a catfish – and chased her when she realized she had been cheated on and tried to leave.

The woman, whose identity The Sun has chosen to protect, recorded video of the man following her through the hotel where they had their first meeting in a rooftop swimming pool.

When they met in person, he looked nothing like his photos online, leading the woman to feel “fished by an ugly man.”

She didn’t confront him about the discrepancy between his photos and his real face.

“I didn’t want him to get aggressive,” she explained.

Instead, she just decided to leave the date, but when he started chasing her down the hotel hallway, she started recording a video, which she later posted on TikTok.

At the start of the video, only the hallway and the woman’s sandalsed feet were visible in frame, and viewers could hear the sound of the man chasing her.

When the elevator arrived and the woman entered to try to leave, her unwelcome date followed her.

She tried to gently push the man away, telling him she didn’t need him in the elevator with her.

“I just wanted to hang out with you for a bit,” he said. “You came this far.”

After reaching a lower floor of the hotel, she had to walk through an elevator bay to get to the ground floor – and the man was left on his tail.

On several occasions, he asked her to explain her decision. “Why do you want to leave?” He asked.

“Because I want to, isn’t that reason enough?” replied the woman.

“Not really, not if you’re going to be a mature adult building positive relationships,” he replied with a breath.

When the elevator doors opened for the second time, the hotel driveway was visible, and the woman quickly crossed the lobby to reach it.

Sadly, she claimed her nightmare didn’t end when she finally got out.

In the video’s final caption, she claimed the man continued to follow and harass her through the Uber she called to get away.

Since posting the video, the user has posted other content to let her followers know that she has returned home safely.

Some viewers said the footage made them nervous and uncomfortable.

“I would NOT have walked in an elevator alone with him,” one woman said in the comments.

“It’s super inspiring. I would have stayed because I feel bad and I don’t like confrontation,” said another viewer.

“It gives me the courage to leave if I feel uncomfortable.”

We pay for your stories!

Do you have a story for The US Sun team?