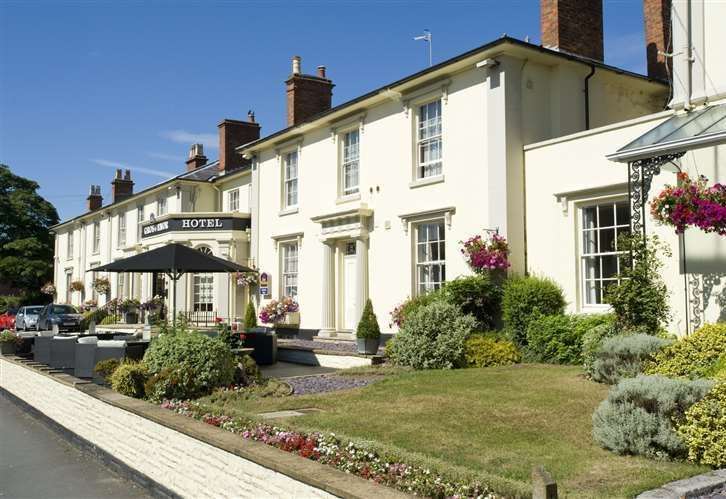 A STRATFORD hotel has stepped back in time as it envisions a commercial future under its original name.

The Grosvenor Hotel on Warwick Road was purchased – for an undisclosed amount – by Brightstar Hospitality Management which intends to renovate the Grade II listed building which has been known as Hotel Villare since the start of the year last.

Brightstar Hospitality chairman Clive Nicholls believes he will be well received by Stratfordians to which he is a part having lived in the city center with his wife, Edwina. , for 20 years.

He is clearly delighted with the acquisition and told the Herald: â€œThis is a beautiful property that we have secured over the past week and plan to reopen in October, but we don’t have a date yet as we need to recruit 30-35 employees and we need a building permit for the name change. We have had this hotel in our sights for a long time and look forward to welcoming guests from all over the world to showcase the best of hospitality in Stratford Our intention is to modernize the hotel, restore it to its original name and bring it back to its glory days.

The Grosvenor takes its name from a gentleman called Grosvenor Williams who opened a bed and breakfast on the site of a former boys’ school at number 12 Warwick Road in 1967.

At the time, it had 16 rooms, but this number increased to 49 when number 13 Warwick Road was purchased and in 1978 the hotel grew again with the purchase of number 14 Warwick Road.

Mr Nicholls will not forget 1967 as that was the same year he went to Birmingham College of Food for a management course and graduated three years later. From 1972 to 1975 he was Deputy Manager of the Falcon Hotel in Stratford.

Having lived in the city since 2001, he knows the people well and last year suffered the devastating blow that Covid dealt to the local economy and businesses, but with the gradual lifting of travel restrictions, he hopes that things are improving, which is why the time was right to buy the Grosvenor now.

â€œI started looking at the site in September or October of last year and did some research with the owner at the time. I wanted to buy it and eventually The Grosvenor became available through an agency that sells I see this as a great investment. lots of facilities, a great restaurant and bar and would be ideal for large wedding parties if someone wanted to book 45-50 rooms for a wedding reception we could accommodate I am 71 years old and was trying to do a little less work but it is so exciting and my wife and I are already talking about decorating the hotel for Christmas and we are looking forward to welcoming them again. local customers at Grosvenor, â€said Clive Nicholls.

Viewline and Wildwood hotels set to reopen in mid-December