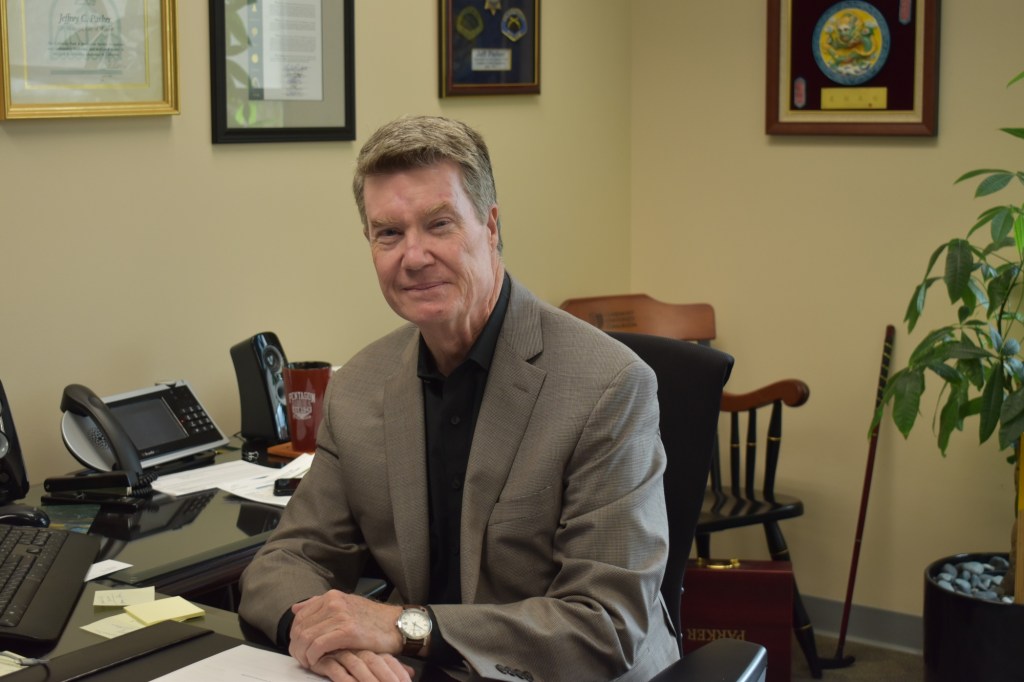 When Jeff Parker took over as CEO of Village Management Services of Laguna Woods three years ago, he had not worked directly with seniors or led a community of seniors.

Instead, he had extensive experience as a city manager – for Tustin, where he held the position for seven years, and before that for Claremont and Walnut.

“The cities I’ve worked for had strong seniors programs that I’ve been fortunate enough to observe as city manager,” Parker said in a recent interview.

At the end of his term in Tustin, he briefly considered retirement but still felt young and, besides, fate had other plans.

“When a friend, a recruiter for Laguna Woods Village, approached me about the opening here as general manager, I decided to go apply for the job,” he recalls.

On February 3, Parker’s term in the village ended and he was replaced by Siobhan Foster, the former chief operating officer of VMS.

At 65, Parker retired from a job he says he thoroughly enjoyed, but also one that offered many challenges, including the emergence of COVID-19 and its effect on life in the Village.

There were, of course, other challenges.

“My first challenge was getting to know the different councils in the village,” Parker said. “The other was trying to develop good teamwork – the departments were so isolated from each other.”

Today, he counts among his proudest achievements the unification of management teams.

Among his accomplishments, Parker also spoke about preventing the Ayres Hotel from being converted into a temporary shelter for homeless COVID-19 patients at the start of the pandemic, a county plan that drew protests from residents. from the village.

“I was happy that we could establish a dialogue with the Ayres hotel,” he said. “This area with so many elderly people of different abilities and abilities was not a good area for a shelter.”

He stressed that his efforts did not stem from antipathy towards the homeless, but were in consideration for the senior community. “It was a big win for us,” he said.

More categorically, Parker pointed to the establishment of the temporary vaccination clinic at Clubhouse 7 early last year to distribute the COVID-19 vaccine to residents of the village.

“It was a very successful team effort between VMS, Saddleback and OCHCA (Orange County Health Care Agency),” he said. “The COVID threat could have been much more serious; we avoided trouble.

Parker also cited efforts to protect VMS employees from the virus, especially those whose jobs required them to enter residents’ homes, and the coordination of staff working from home.

“It was a learning curve to also provide services to residents and maintain the workforce, but we created a safer environment,” he said.

What’s next for Parker?

At some point, he would like to become a training coach, he said, meaning mentor/life coach for transitioning professionals.

But first he plans to relax, then this year to travel around Europe with his fiancée.