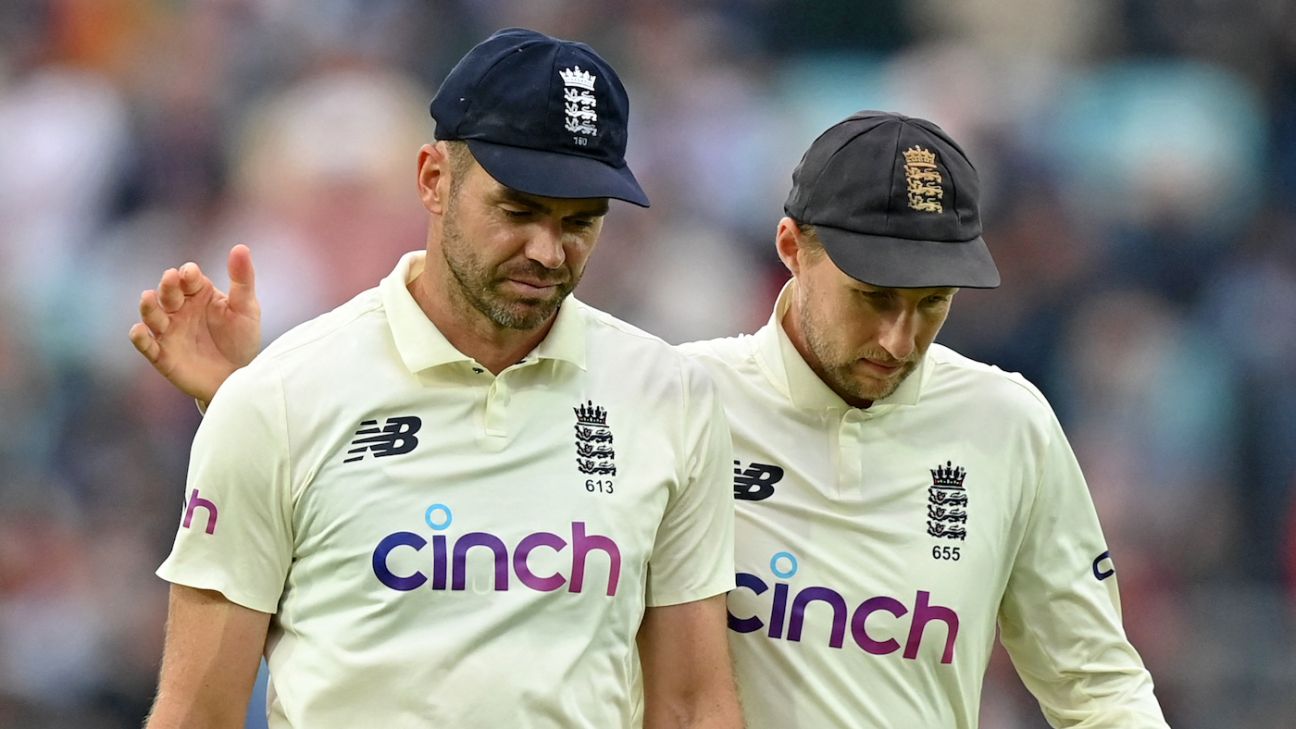 The ECB launched an investigation after an early morning drinking session at the England team hotel in Hobart ended with the police being called to send the players to bed.

In cellphone images released by the Sydney Morning Herald, Joe Root and James Anderson are seen alongside three Australian players – Nathan Lyon, Travis Head and Alex Carey – all still dressed in their whites after the late evening conclusion of the fifth Test at Bellerive Oval the previous evening.

The rally was taking place in a public area of ​​the Crowne Plaza hotel in Hobart and had dragged on until 6am when police were brought in following a noise complaint from other guests. The players all left the area immediately.

‘Tasmania Police attended Crowne Plaza Hobart on Monday morning after reports of people being intoxicated in a reception area,’ a police statement read. “The guests were stopped by the police, just after 6am, and left the premises when asked. No further action will be taken by the police.”

In footage of the incident, which appears to have been caught by England assistant coach Graham Thorpe, a police officer can be heard telling the group: “Too loud. You were obviously asked to pack your bags, so we have I’ve been asked to come. It’s bedtime, thank you. They just want to pack their bags.

In his voice-over behind the camera, Thorpe can be heard saying, “We’ve got Nathan Lyon, Root, there’s Carey and Anderson. I’m just going to film this for the lawyers. See you tomorrow morning, everyone.”

An ECB spokesperson said it would investigate the incident, with the focus likely on how the images fell into the public domain.

“During the early hours of Monday morning, members of the England and Australia men’s teams shared a drink in the team areas of the hotel in Hobart,” the ECB statement said. “Hotel management received a noise complaint from a hotel guest, and as is common in Australia, local police attended the scene. Leaving by hotel management and Tasmania Police, the players and management in question left and returned to their respective hotel rooms.The English side apologized for any inconvenience caused.

“The ECB will investigate further. In the meantime, we will not comment further.”

The incident is a further embarrassment for the England squad following their 4-0 loss to the Ashes, amid reports that a drinking culture within the team was a significant factor in the disappointing performances of the players during the five tests.

Ashley Giles, the ECB’s director of men’s cricket, is due to write a report on the circumstances of the tour, including recommendations for the future direction of the Test team. Root has previously said he wants to remain England captain, despite overseeing their second loss at the Ashes circuit in four years.