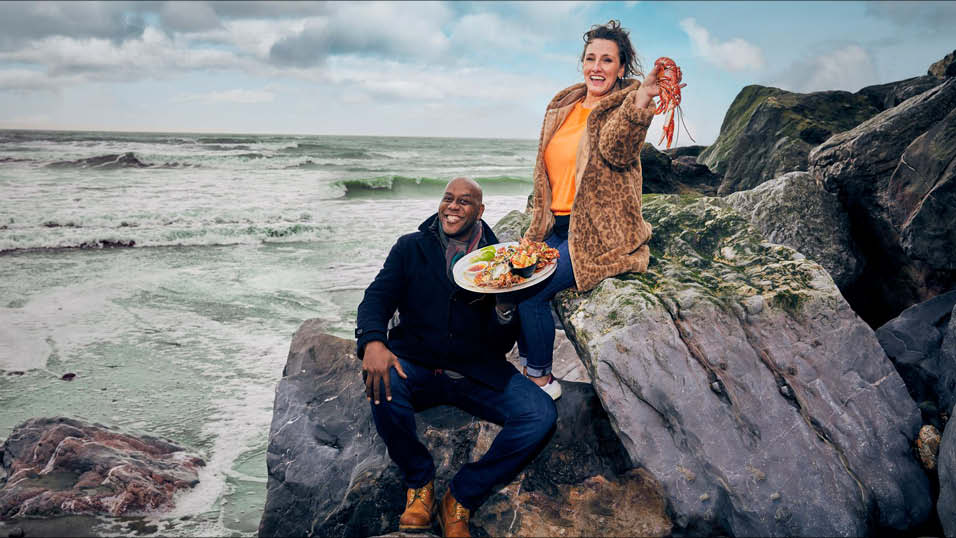 Channel 4 and Blink Films by the sea

Channel 4 has commissioned a new five-part series from Blink Films in which foodies Ainsley Harriott and Grace Dent will explore some of the best seaside – and food – holiday destinations the British Isles have to offer.

“From local specialties and inexpensive fare to upscale restaurants and fun vacation activitiesThe best of English by the sea (5×60′ WT) will be a guide to the beautiful British seaside at its best.

Each episode will follow Grace and Ainsley as they stay at a self-catering property where they cook for each other using their favorite produce, and a hotel where they meet the owners and chefs while soaking up the unique ambiance. of each establishment. From their two accommodations, they explore the surrounding area and local attractions and discover hidden foodie hotspots.

Grace and Ainsley will enjoy the delights of South Devon, Isle of Wight, Carmarthenshire, Aberdeenshire, Norwich and Great Yarmouth. The series is produced in partnership with independent accommodation specialist, Hoseasons (part of the Awaze group). Secondary sponsorship for Norwich and Great Yarmouth, Isle of Wight, Carmarthenshire and Aberdeenshire is provided by their respective tourist boards, county and borough councils and associated funding projects.

Dan Chambers, Creative Director of Blink Films, said: “There’s so much to discover around the UK coast. After watching this series, you won’t want to spend your holidays anywhere else!

Paul Evans, VP of Portfolio at Awaze, said: “We are delighted to be working with Grace, Ainsley, Blink Films and Channel 4 on what we know to be a truly enjoyable series. Staycation has never been more popular and it’s great to be doing our part to help highlight some of the amazing places to see and discover along our fantastic coastlines.

The best of Britain by the sea (w/t) was commissioned for Channel 4 by Deborah Dunnett with Katherine Marlow, C4’s Branded Entertainment Controller and brokered by Eleanor Cable of The 7 Stars Agency. Martha Swales is the show’s producer, and Will Knott and Dan Chambers are executive producers at Blink Films. The series is distributed by Beyond Rights.